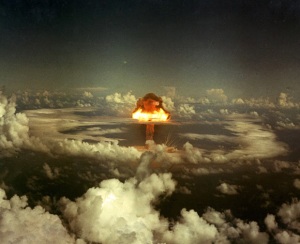 I dreamt a happy dream last night. It was a perfect round of golf played at even par. The putts rattled in. The feel was natural. That great feeling though turned into dread as I had the feeling that I was the last person playing. A sadness mixed with a chilly fear, of ghosts watching. I hit a ball out of bounds and took stroke and distance, yet the next shot rolled in for par. And then I knew that it was all a fake. I shot backwards and the wind picked up and blew the ball the right way. I was in that place because all suffering had been removed from golf.

I stopped playing, and a beautiful angel lit next to me. She asked why it was I had stopped. I complained that no matter what I did, my score was par. She spoke, telling me that the greenskeeper had made it so, and my path around the course was already mapped out for me in this book she handed me. It was bound in black leather and the pages’ edges had been dipped in gold. It’s title, Your Round.

I ask, how can I manage my game if everything was already preordained?

But you do manage your own game, she said, and the greenskeeper maintains the course to suit his plan.

What of my free will -where is that in the context of this grand plan? I might as well be hitting the ball randomly with a stick, with no plan and no goal.

However you choose to think of it, it is your choice, made freely, she said with a smile, floating back to the blue sky.

I stopped playing right there. I made a thermonuclear device, and I detonated it, out of my own free will, to destroy the plan of the greenskeeper, who, I decided, was my jailer. An infinity of golf balls flew outwards, traced their separate arcs, and landed on their respective infinite targets, rolled to the hole, and dropped.