In some parallel universe of his choosing, Dustin Johnson would be a two time major winner. Instead, by his sin of ommission, he will be burdened with the mark of Cain for the remainder of his career. Dustin Johnson tried to get away with grounding his club in a bunker on national television. That is the only conclusion I can come to after seeing the video yesterday. The players received notification prior to starting the tournament (and it was posted in the lockers) that all of the bunkers, even the ones trampled by spectators, would remain bunkers. On addressing his approach after slicing his drive to the far right, he grounded his club but then stepped away as if he noticed he made a serious mistake. He can be seen considering the situation, and he hit his shot without grounding the cub a second time.

After his round, he was brought upstairs to review the tape in a scene familiar to shoplifters and mall cops. I have no doubt that Mr. Johnson is very talented, but his narcissism was revealed for the scrutiny of the voyeurs. His profession is to compete and uphold the rules of golf. Ultimately, the golf must come from a pure place. The PGA saved itself a lot of controversy by taking care of the issue before any playoff ensued. By signing his card, Mr. Johnson signed his confession. This burden will be his albatross and may end up consuming his swing thoughts, but I doubt it. If he is to compete again at this level, he will have to be continue in his selfish, thoughtless way, with total focus on dominating and winning. Champion golfers are different from you or me, and I think Mr. Johnson will redeem himself in this world. 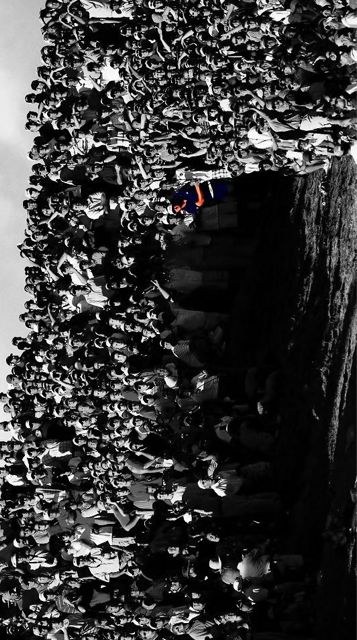 My Golf Processor and Workstation

I played a wonderful round of golf with my early morning golf friends, BF, BR, and DH. My score of 44/50 from the blue tees at Wakonda was not so great, but in that round were some shots that were of such perfect shape and trajectory that my interest in this game was reinvigorated. Good company, I realize, is as much a part of the game as the game itself. The rules of golf dictate how we play golf, but it also imposes standards of behavior that harken to a different time where honor meant something.
Which brings me to this afternoon’s playoff results from Harbour Town’s PGA tournament. Jim Furyk, a perrenial winner on tour, ended up tied with Brian Davis, an Englishman who currently is 162 in the world rankings. If he could pull out a win, it would change his career in a dramatic way. His approach ended up on the beach, literally. His ball was surrounded by litter, and as he took his backswing, his clubhead touched a reed ever so slightly. If no one noticed, and usually the people in the TV booth would call it if they saw it, Brian could have kept mum and had a chance at par and staying alive in the playoff.
Much to his credit and to the credit of golf, he called the penalty on himself. He even argued with a rules official and asked to have it reviewed on video. With the two stroke penalty, he was done. Having lost the tournament though, he won the admiration of many fans, including myself, at his adherence to the rules of golf, placing honor above reward. This is the true spirit of golfism.
December 18, 2009 Golf and Religion, golf culture, golf mysticism, golf news, golf personalities, golf philosophy, Golf politics, Golfist Wintertime Diversions, Naturalism, PGA affairs, Cheating, divorce, elin, ethics, rules of golf, Tiger Woods Leave a comment

I have changed my mind about Tiger because I thought the man and the player (of golf) could be separated. I have decided that Tiger is no longer the greatest to have played the game. Through his actions, he has shown himself unworthy of the game which values moral and ethical behavior. The Rules of Golf are not just a list of crimes and punishment, but assume an internal moral compass that guides player. Players who abide by these Rules elevate themselves in the process. This includes players who call penalties on themselves on trangressions witnessed only by them. This valuing of honesty and ethical behavior is unique to golf where players have famously penalized themselves out of championships or, tragically, tour cards.

If Tiger behaved this way off the course, who knows what guided his behavior on the course in relation to golf. You can obey the law out of fear of punishment or out of internal ethics and morality. Tiger is no golfist, but revealed to be the golfing equivalent of Deep Blue, the chess playing supercomputer, a soul-less automaton. The events of the past several weeks shows that Tiger has no moral compass, and excels at this great game for entirely banal reasons of conditioning and training from childhood. By this measure, the average golfer who takes stroke and distance for going out of bounds even when playing by himself is a greater custodion of the sport than Tiger.

Stress tests are used to determine the quality of things. In medicine, we have a stress test that gives us an idea how strong a heart is. In auto manufacturing, there is the crash test. In professional golf, we now have the sex scandal.

The sex scandal is a stress test most often seen in the realm of politics. But the peccadilloes of a politician became passe after ten solid years going with the tapping of shoes in airport bathrooms sandwiched between Clinton and Berlusconi. This is a stress test that reveals dimensions to Tiger that we’ve never seen before.

Tiger married Elin, a beautiful woman, but his aloofness and occasional public displays -hugging wife/children after win, revealed little. The more cynical among us could only wonder -was this all scripted? There are plenty of wealthy men with exquisite trophy wives who are revealed to have predilections across the sexual spectrum -at least in movies and novels.

So what did the past week reveal. If we are to believe the rumors, Tiger likes women with a certain body type -athletic, muscular legs, size B cups, and serious lips. We also find that Tiger has a misunderstanding about the call history function and contacts program on his cell phone. The US Magazine’s voice mail audio reveals that the purported Tiger is worried that his wife is checking his phone call history and requests the woman that he is calling remove her name from her phone number. The problem is that names are not tagged with phone numbers, but do show up in call histories with names when said names are in the contacts directory. Meaning Tiger kept only one cell phone.

What does this reveal? It confirms Tiger’s legendary miserliness or naivete. Billionaires with mistresses usually keep separate cell phones for booty calls and keep it in the golf bag or with a trusted assistant like Stevie. They keep contacts for Ginger, Misty, and Nicki, under Frank, Otto, and Rocco.

If the rumors that he was assaulted with a golf club are true, that means that he took his punishment like a golfer who hits the ball out of bounds. I frankly think he was running for his life after being hit on the head with Elin slamming the club into the back window as he drove out of the garage. Passing out, he hits tree and hydrant.

But what does all of this say about us? Why all the schadenfreude? Why all the venom? First, there is the issue that if there was an assault, there was a felony, and to hide behind gates and walls of privilege stinks to a public that is economically stressed. Refusing the request of the FHP for an interview and all the second hand communication through blogs and lawyers is a poor substitute for a visit to our society’s confessor, Larry King. The second is our need to destroy heroes, crucify them, worship them when they’re dead but kick them when alive. And finally, the third is the need for men to vocally disown this and for women to narrow their eyes and purse their lips. I for one completely do not condone any of this. The cell phone stuff was given for informational purposes only.

As I have written previously on this blog, the half life of human desire is about 6 months. That romantic love, that dopamine rush of courtship which is pretty much the same reaction people get on crack, dissipates and we bond, replacing dopamine with oxytocin. Children help this bond. Ultimately, the strength of the bond is related to the strength of character of the parties involved. We should not be rubbernecking this terrible crash site, but rather focus on our own game. Keep your head still and your feet on the ground.

It goes without saying, I love my wife very, very much. Bad Tiger, Baaaad Tiger.

Got whacked after a last meal in a real steak house

They were talking fifth major back in the early 80’s when talk about it seemed like pure marketing with the lifespan of Jerry Pate’s colored balls (I did like the optic yellow ones).

The problem is that even with some longevity, the whole tournament doesn’t have the sentimentality and frank full on schmaltz. The Ken Burns effect black and white photo drifts of Francis Ouimet, Gene Sarazen, Sam Snead, Ben Hogan, and on and on doesn’t play well in the modernist course that is TPC Sawgrass which brings to mind monstrosities like 2 Columbus Circle pre-facelift.

They managed to soften the whole cheesy 70’s look by getting rid of the chariots of gods pyramid clubhouse for Mediterraneo Lite, a la Disney. My heart doesn’t weep thinking about Hal Sutton taking TPC while battling blond hair, or Calvin Peete marching down the fairway lined with National Guardsmen protecting him from protest against the diamond in his grill. I have no emotional connection to Pate jumping into the pesticide and alligator infested waters with Beaman and Dye. I do recall Fred Couples winning with the effortless swing -I was there, but try to hallow that!

It’s like the difference between a world class steak served at one of the classic NY steak houses versus one of the corporate cutouts that advertise in the airline magazines. It’s different knowing that you’re eating beef at the same place that Big Pauly got whacked. Steak tastes better, the wine bloodier.

Nope. Just a very fancy tournament held in a drained swamp. Don’t forget your Off.

This was a comment posted on my new favorite blog NiceBallz. Go check it out!
http://blog.niceballz.com/2009/05/07/the-fifth-major-f-that.aspx