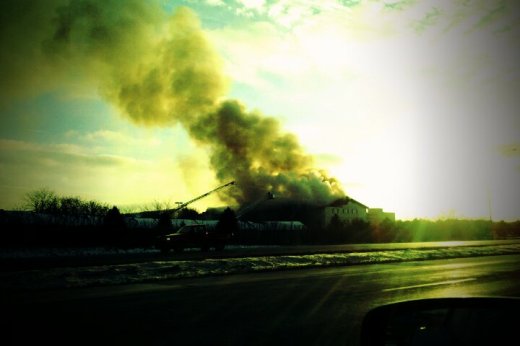 Fire at a West Des Moines apartment building that stopped traffic on I-235.

Food shortage compoundin­g political chaos. Is it a revolution or a harbinger?
Read the Article at HuffingtonPost

This is an excuse given by anti-Apple types who like to say their device is “for business.” It means their way of doing things is for adults. It’s meant to justify complexity and difficulty and excuse monumental blandness.

It originates from the time the first Macintoshes came out with windows and mouse interface, and IBM was DOS only. The idea promulgated at that time was that the command line based computers with their arcane keyboard functions were for the adults, “for business,” while the easier to learn and master Macs were for non-adults, ie the kids. This basic lie has been perpetuated despite the fact that just about every user-interface and design innovation by Apple has been co-opted by the “business” computing industry, starting with Windows 3.1.

That is why I roll my eyes when RIM says their new Playbook tablet is “ready for business,” when many businesses are in the process of adopting iPhones and iPads. When I speak to the medical device sales people, all of them have been begging their IT departments, usually full of people whose lives are invested in this business vs kids divide. Most IT shops are still fixed on managing Windows XP -I suspect because of the costs of upgrading to Windows 7, but also job security involved with managing the bazillion issues surrounding these “business machines.”

I think there should be no such divide. Computers are so weaved into our lives that the devices should easily glide between work and play, like a mullet -business in the front, party in the back. 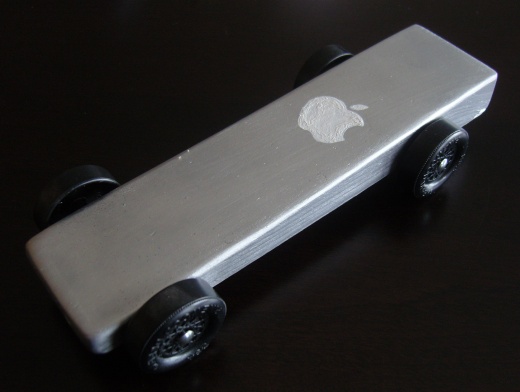 It’s that time of year again, and after some effort, we have created our pinewood derby car inspired from one of my favorite gadgets. iPhone car was discussed, but ultimately felt to be less aerodynamic.

I discuss why I’m not going to get an iPhone 4 when Verizon announces it later this morning. 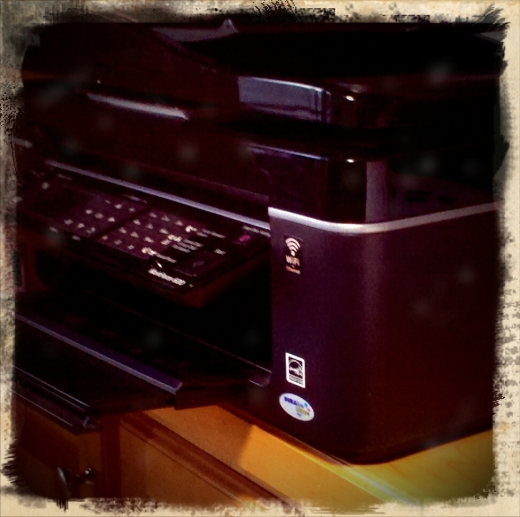 The iPad just had printing added with a great deal of restrictions, but there are apps in the App store that will allow for printing on any Wifi enabled printer. After mulling the purchase of one of these apps, I chose not to print it. Printing costs money and resources, and fact is, why print when you can send a PDF or a document? Printing is so 20th century. It is a capitulation to neo-Luddites, and it is with the same intent that Apple basically suggests you don’t waste paper and toner by putting in some road blocks to printing.

I just got a letter from WordPress about my blogging activities. As I suspected, food and sex drive the readership, followed by some tech and physiology. I know now why Esquire obsesses about food, sex, and gadgets. We are driven by the simple needs indeed. I am humbled by my readers’ interest in my scribblings. Happy new year to all.

The stats helper monkeys at WordPress.com mulled over how this blog did in 2010, and here’s a high level summary of its overall blog health:

About 3 million people visit the Taj Mahal every year. This blog was viewed about 32,000 times in 2010. If it were the Taj Mahal, it would take about 4 days for that many people to see it.

The busiest day of the year was October 7th with 545 views. The most popular post that day was Soondubujjigae.

Where did they come from?

The top referring sites in 2010 were maangchi.com, en.wordpress.com, boards.medscape.com, twitter.com, and facebook.com.

These are the posts and pages that got the most views in 2010.