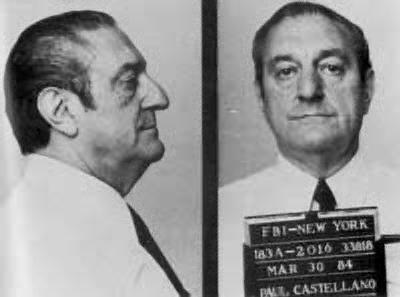 Got whacked after a last meal in a real steak house

They were talking fifth major back in the early 80’s when talk about it seemed like pure marketing with the lifespan of Jerry Pate’s colored balls (I did like the optic yellow ones).

The problem is that even with some longevity, the whole tournament doesn’t have the sentimentality and frank full on schmaltz. The Ken Burns effect black and white photo drifts of Francis Ouimet, Gene Sarazen, Sam Snead, Ben Hogan, and on and on doesn’t play well in the modernist course that is TPC Sawgrass which brings to mind monstrosities like 2 Columbus Circle pre-facelift.

They managed to soften the whole cheesy 70’s look by getting rid of the chariots of gods pyramid clubhouse for Mediterraneo Lite, a la Disney. My heart doesn’t weep thinking about Hal Sutton taking TPC while battling blond hair, or Calvin Peete marching down the fairway lined with National Guardsmen protecting him from protest against the diamond in his grill. I have no emotional connection to Pate jumping into the pesticide and alligator infested waters with Beaman and Dye. I do recall Fred Couples winning with the effortless swing -I was there, but try to hallow that!

It’s like the difference between a world class steak served at one of the classic NY steak houses versus one of the corporate cutouts that advertise in the airline magazines. It’s different knowing that you’re eating beef at the same place that Big Pauly got whacked. Steak tastes better, the wine bloodier.

Nope. Just a very fancy tournament held in a drained swamp. Don’t forget your Off.

This was a comment posted on my new favorite blog NiceBallz. Go check it out!
http://blog.niceballz.com/2009/05/07/the-fifth-major-f-that.aspx