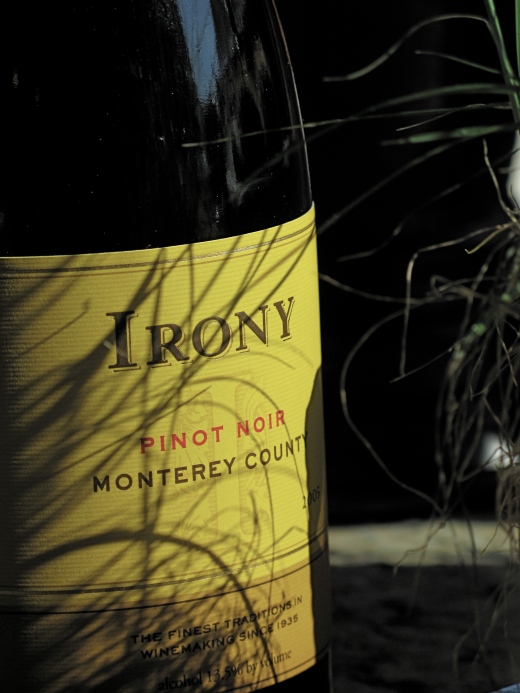 The past two weeks in the political race have brought me to drink. When I walked past the wine aisle at my local Dahl’s and saw the bottle of Irony, I couldn’t pass it up. The basic conflict that we are seeing is there are two kinds of people -people who see things in black or white, and those who can only see shades of gray. As a physician, I think this is rooted in neurobiology, like right or left handedness. I think it is wrong to judge either group particularly if you are in one or the other.

This is basically the difference between people of science and people of faith. I really don’t think you can be both. Belief from the viewpoint of science is rooted in judging probabilities – you create statistical probability spaces, and you decide and calculate given certain conditions, the probability of x is y, and you can then calculate within a 95% certainty that where y is when x is a certain way. This is how quantum theory works, this is the basis of all science -you create a null hypothesis and you create conditions that test for a 95% certainty that the null hypothesis is not true. All shades of gray, but you can say for sure, 95% is pretty good odds, and that a 1 in a billion chance is, well, miraculous, and therefore not likely.

With faith, things are far more concrete and in fact written in stone. People of faith measure things against certitude -a body of truths. They have faith that these truths are self evident and constant. They can’t stand relativism -that belief that the high ground you might think you are on is high only in the context of your relative beliefs and circumstances.

Here is a simple series of tests.

Did you like Seinfeld or Home Improvement when they were popular? When you read A Modest Proposal by Swift (link), were you put off, or did you get the joke? Did you ever read it? An unlicensed plumber with obvious antediluvian views on race (tap dance for me, n%#@$%) is now McCain’s second running mate -does this strike you as a false assertion or very ironic.

As for me, I prefer my Irish babies roasted in a demiglaze with shallots and thyme, served with some Irony, after a nice bracing fall round of golf.