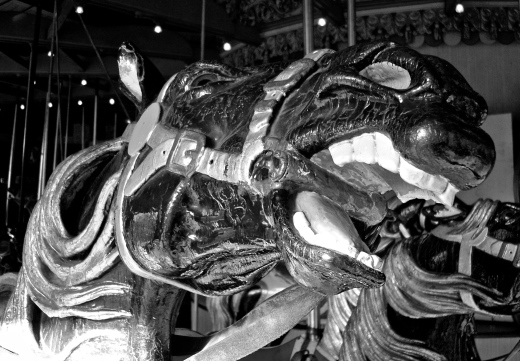 On some level, I understand why the management at AIG took their bonuses. If it was part of their contract, why shouldn’t they? If their pay was part of the balance sheet that the rescue package was meant to help pay for the negative side of the sheet, why shouldn’t they collect? After all, the laws requires the company to pay its debts. Are we then to decide which of these debts take priority? Is it then not a fiction that we are rescuing these institutions when in fact we are just paying out to companies owed by AIG who in turn have their own contractual bonus obligations to meet. Why must the AIG boys hang and not the people about to collect on insurance floated by AIG.

It begs the question: is it wrong to be rich?

It’s a question that comes starkly to me as I wandered around ground zero of this pickle. I got to visit Southampton on Long Island and stayed in a luxury building on Central Park South. I ate Chinese a stone’s throw from Wall Street, and meandered past the half empty emporia of the vilified wealthy.

I noticed that among the well heeled, they never feel all that wealthy and they envy, resent, or at least are aware of someone wealthier than they. It is human nature to feel inadequate and to want. It is easy to live in the myopic view of the world in front of one’s face and not see the wider world around.

We notice only this world of the nearby and can be disassociated from images of suffering around the globe. Its that most people living near the median never actually see the lives of the people living one or two grades above them. The talk has always been about the invisible poor, the hungry and the homeless, but reveal the invisible rich, and it’s “to the barricades.” The French had these spasms of violence against the rich. Most recently in 1871, where mobs ransacked, butchered, and raped (in random order, usually all three) the wealthy and privileged of Paris. We are coming close to this when we vent rage at the managers of AIG.

The culture of the past twenty years has degenerated to a worship of things and their acquisition. By putting credit in front of people not used to wealth, the earnings of many years and even generations were made available to people who could not manage this kind of wealth. The packaging and selling of these loans and the skimming of fees as they were passed around, the leveraging of fractions of this debt, and the insuring of the particles thereof produced great wealth for a time, but it all came due.

Everybody is at fault. This is a national vice issue where  there were pimps, whores, and johns, and no victims, but lots of perpetrators. If you’ve ever carried credit card debt beyond a month, you have been a party to this. If you bought lots of stuff borrowed from the value of your home, you have been a party to this. Right now, though, we’re concentrating on destroying the narrow class of Ivy-League educated ruling class living in smart enclaves in Connecticut and Manhattan, with their retreats in isolated burgs and islands.

Atlas -aka as President Obama

I have to say, it is a terrible injustice to point the finger at a few and say, these people did it, and by burning them at the stake, we’ll be free. Everyone carries some of the blame.

For the so-called middle class, this comes in the form of giant homes made of pressed wood fiber and synthetic petroleum byproduct, filled with unused exercise equipment, scattered and broken toys, and flat screen televisions. An anodyne futuristic lifestyle made available by the floating of a couple of years worth of disposable income.

The whole country’s occupation for the past generation had become the building of far-flung exurbs reachable by SUV, with no town center but a giant parking lot attached to a WalMart or a Costco. This was our wealth, to build these pressboard homes and borrow future earnings against their ever inflating values to accumulate jet skis and recreational vehicles, and Praise the Lord in colossal arena churches with concert level sound systems, sermons delivered in Powerpoint, and self-justification assured in the liturgy of accumulation and consumption.

The poor managers of AIG, the ones with death threats and private security guards, are merely the sacrificial scapegoats, the fools thrown out to the zombie mob in hopes that its attention will be distracted. What we aren’t seeing is a concerted message that the old ways are done. International commerce is done for a while, especially after we wash our hands of the accumulated debt by devaluation and nationalization.

What to do? Think about what it was that sustained life in the area around you. There is no reason why millions should live in the desert when the original population density was a few people per square mile. These areas should be abandoned. The general population should get used to working for and creating food. Our treasure and work should be spent creating sustainable economies, healthy strong communities, and planning for the future  rather than consuming and destroying and breeding with the hope of some end of the world bringing salvation. Or worse, go to Greenwich, Connecticut, to burn it down, and turn eastern Long Island into Rwanda.

The President gets it when he and his family started a garden. Say hello to your neighbor and wake up to the fact that he is really your fellow tribesman, and not the guy relocated there last year from Charlotte by his multinational now going belly up. The people around you and your relationship to them are the most important tools to survival. Humans were evolved to live in bands and tribes. The idea of holing up in some mountain redoubt with a lot of guns is a failure to recognize the lessons of zombie movies.

We have to see these times as transformational, and that in fact we need a new contract that returns to the basic framework of the Constitution but acknowledges the challenges of the modern economy -too many people, not enough resources, inefficient ways of distributing them.

For myself, the ethos of golf applied to life out of the bounds of the fairway, the application of the USGA rules of Golf to life, makes perfect sense. It is the need to create a new concept of the citizen and player in this country.

The Mast at the Empire State Building

One thought on “The Bonfire of the Bonus Babies”