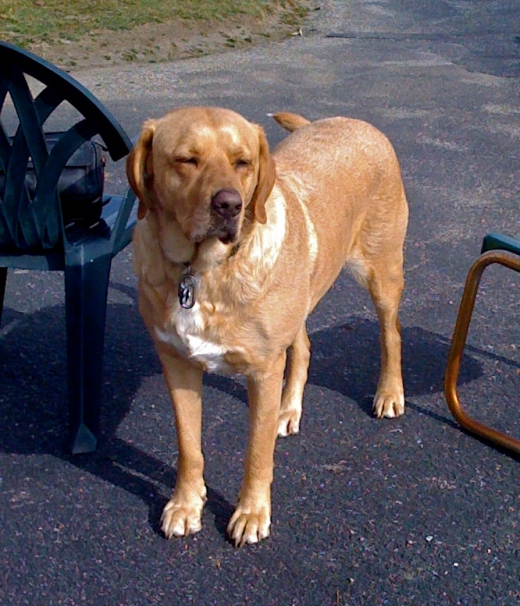 Guardian of the Range

The Long Island Railroad is celebrating its 175th anniversary, and it reflects the depth of the infrastructure on the east coast compared to the rest of the country. You could literally get aboard a train in Washington, DC, and get to 90% of the points on the eastern seaboard. Where I live, you are SOL if you don’t have a car, and fuhgeddaboudit when gas hits 4-5 bucks a gallon which it will if the economy heats up or inflation starts.

The driving range near my sister in law’s house was one of those summer resort ranges that also had a putt putt course. It is the off season, and there was no one hitting. A large bucket was 10 bucks -expensive. The owner’s dog was an aloof golden retriever who like his owner appears to have seen it all.

I didn’t bring any clubs, and I was pointed to this rack of

used clubs from the seventies and eighties -old Wilson blades and beat up persimmons and first generation steel headed drivers. The grips were smooth and bare. I took the challenge and managed to hit some very nice irons and even jacked the persimmon out beyond the 200 yard mark.

It was satisfying to hit these clubs, and it brought back some memories. I think it would be great to have a challenge tournament where people picked out four clubs and a putter out of a pile of old junked clubs. Call it the garage sale open.

The course is the poor sister of Shinnecock and Bethpage -both US. Open layouts, the first, so exclusive that you have to be born into the club to be a member, the second a N.Y. State Park layout like the Downs. Montauk was a formerly private course that fell on hard times and was bought by the state. It still has the hints of its glory days, and some teeth, though the deep sea grass roughs were mowed down -the gentlemen I played with told me the grass gets knee high and nearly unplayable in season, and the greens are lightning quick in season.

The rental clubs were deeply offset beginner clubs that accentuated my draw into a hook, making play difficult. I scored poorly, but had enough great shots to bring a smile to my face. I look forward to coming back when it does come into its full glory during the mid to late summers. 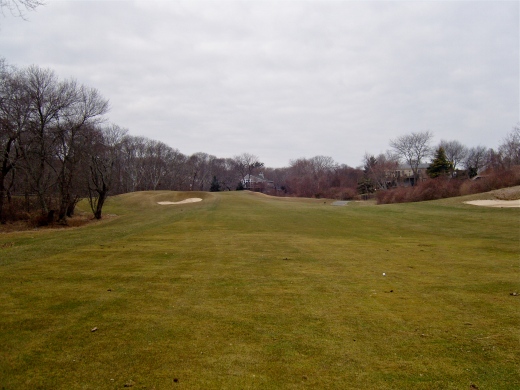