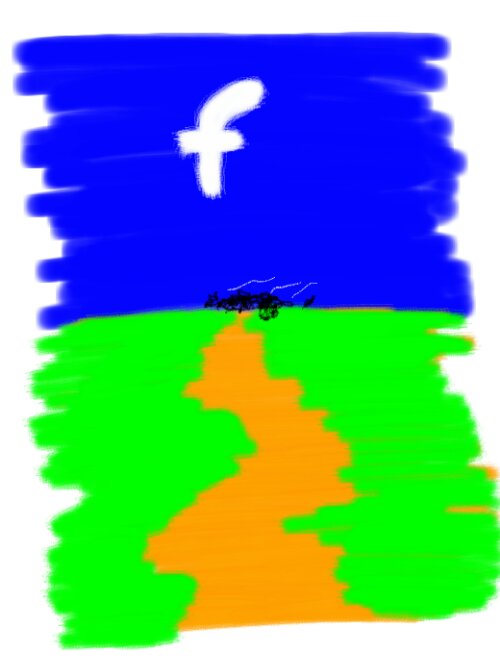 We’re inherently social. It is imprinted in our nature to bond, communicated, and organize as packs. This trait, the instinct to gather, seek out each other’s company, to seek approval, to argue, I would argue, is as much a distinguishing species characteristic as spots on a Dalmatian, and is one of the reasons for the explosive growth of Facebook. We, each of us, need to be part of a tribe, and when the tribes were destroyed by the onset of modernity, they awaited a mechanism to be reunited. Think about it –up to the 2000’s, people had to rely on the usual methods of connecting with their old tribe –telephone, email, actual contact which relied on deliberately remembering to keep in touch which none of us were really good at. The casual intimacy of living in a village with a commons, of having a favorite popular coffee shop, a dorm common room, when you move on the people you said hello to moved on as well. Now they follow you forever in Facebook.

It may or may not be a good thing, because if you have a village, even a virtual one, there will be a village idiot or two (I may be the village idiot). I have become reintroduced to my best friend from kindergarten and there are eerily similar things that we are passionate for –coffee, scatological extraversion, and Apple worship, that brings daily a smile. The shy quiet girl who sat in the back corner of high school English class turns out to be a world class smarty pants –a nicely maturing red wine with a kick in the middle and a lingering finish. I’ve even made new dear friends among friends of friends. They occupy my particular village, some I speak to every day, some every once in a while. It’s the tribe I’ve accumulated over the decades.

It also has implications beyond the sharing of holiday pictures and links to funny cat videos. It returns us to a kind of social organization that was only possible when people physically lived in villages and neighborhoods. The outside world is invited in by the denizens of these villages, but the human tendency is to be insular within the family, the tribe, the village. It may not seem like a big deal to us living in a constitutional republic, but when Facebook is available to those living in places less free, their time amongst their friends must be as important as air and water. Facebook has created a virtual planet for us to inhabit, a brave new world.