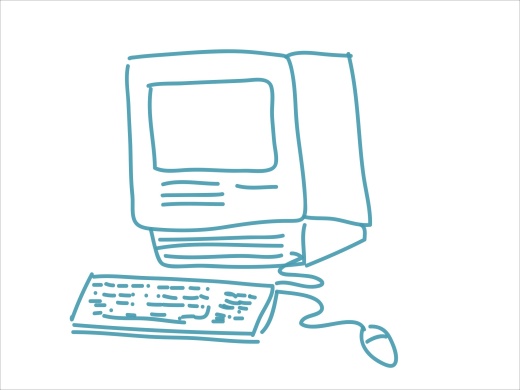 This is an excuse given by anti-Apple types who like to say their device is “for business.” It means their way of doing things is for adults. It’s meant to justify complexity and difficulty and excuse monumental blandness.

It originates from the time the first Macintoshes came out with windows and mouse interface, and IBM was DOS only. The idea promulgated at that time was that the command line based computers with their arcane keyboard functions were for the adults, “for business,” while the easier to learn and master Macs were for non-adults, ie the kids. This basic lie has been perpetuated despite the fact that just about every user-interface and design innovation by Apple has been co-opted by the “business” computing industry, starting with Windows 3.1.

That is why I roll my eyes when RIM says their new Playbook tablet is “ready for business,” when many businesses are in the process of adopting iPhones and iPads. When I speak to the medical device sales people, all of them have been begging their IT departments, usually full of people whose lives are invested in this business vs kids divide. Most IT shops are still fixed on managing Windows XP -I suspect because of the costs of upgrading to Windows 7, but also job security involved with managing the bazillion issues surrounding these “business machines.”

I think there should be no such divide. Computers are so weaved into our lives that the devices should easily glide between work and play, like a mullet -business in the front, party in the back.