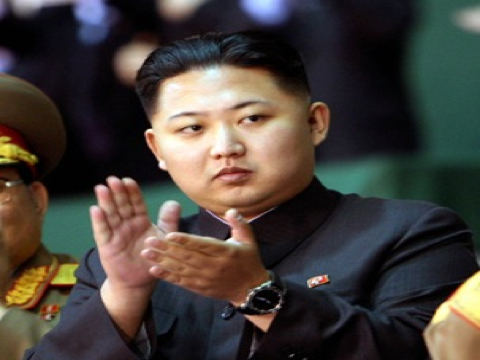 The raising of Kim Jong Un to the status of Dauphin came with pageantry and political theater that was at once Bond villain comical and apocalyptic portentous. We are at war with the DPRK (Democratic People’s Republic of Korea). In recent years, radioactive vapors emanating from North Korea have signaled the menacing exhalations of an slumbering dragon being awoken by misguided fanatics. It is well known that Seoul is targeted street by street with hundreds of fixed artillery guns which in the opening salvos of a reopened fratricidal war, would turn Seoul into Stalingrad in the time it takes to download the latest South Park episode.

Over six decades, countless acts of aggression has perpetuated the Simmering War. Only last year, the DPRK sank a ROK (Republic of Korea) navy ship last year with a human -guided suicide submarine. Infrequently mentioned is the fact that the DPRK has existed at the pleasure of China from the moment the People’s Liberation Army (PLA) rolled in to shore up the collapsing DPRK army. The PLA fought the United Nations forces to a stalemate leaving Korea divided. But while the Brandenburg Gate no longer divides Germany, the 38th parallel persists even while the DPRK’s patron uses capitalism to bring prosperity to its top cadres. This is no accident.

The Chinese interest in Korea extends back millennia when Korea maintained a tributary nation status with China. Korea’s culture is heavy with Chinese elements of Taoism, Buddhism, and Confucianism, and it was always the younger brother to China’s elder brother. In maintaining this stance, Korea was able to maintain its unique identity while being tightly gripped in orbit around China’s center.  It was the Ming Chinese who helped sweep away the invading samurai army in the 1590’s. In maintaining the DPRK through the 80’s and 90’s, China had a mad-dog in its back yard to buffer the perceived threat posed by the US and Japan.

The tributary nation system is being rebuilt. This is a generations-long project that is no less significant to the Chinese than the Great Wall. And the world’s nations are already slowly falling into orbit around the gravity well created by the trillions of dollars willingly given to the Celestial Kingdom. This time, though, in exchange for kow-tows and tribute, they get access to mineral wealth of China, Tibet (the Himalayas will be strip mined), South America, Australia, Central Asia (including Afghanistan when we pull out), and Africa. People worry about mosque at Ground Zero. I worry about The People’s Bank of China buying out Wall Street.

In China’s world view, Korea must return to its historic status as an appendage on China’s massive body. A reunified Korea would allow it to use the ROK’s capital in combination with the DPRK’s low cost work force, giving Korea decades of double digit growth, financial strength, and from it -independence. By simply keeping reunification from happening, China avoids creating a second country on its doorsteps that would rival or even exceed Japan in economic and military power.

The Kim family had been reliable vassals in maintaining this close relationship with China, but the recent events indicate to me that this may be changing. With the addition of Kim Jong Un, an extra level of unpredictability has been added to the equation. He was schooled in Switzerland and exposed to the wider world. I get the feeling the Chinese do not think the younger Kim is their man. First, there is Kim Jong Nam, the Kim Jong Ill’s oldest son who went into exile after “trying to visit the Tokyo Disney World on a fake Dominican Passport.” This was a defection where he was able to get away from his handlers long enough to get into Japanese custody and then reach the Chinese who saw worth in maintaining his life. Today, the news came out from Seoul that China waved off an assasination attempt on Kim Jong Nam by his youngest brother’s aides. Kim Jong Nam has obviously cut a deal where in return for cooperation and hostages in the form of his family, he would be China’s puppet if some unfortunate accident occurred to Kim Jong Un.

What happens when a Korean native gets schooled abroad? I have several friends who while born and raised to middle school age in Korea, were sent abroad to boarding school in the Northeast. All of them who started boarding school at 12 or 13, while they would probably never admit it, become westernized to a degree that sunders them from their countrymen. The Kim family chef for a time, Kenji Fujimoto, states that Kim Jong-Un pondered at 18,  “We are here, playing basketball, riding horses, riding Jet Skis, having fun together. But what of the lives of the average people?”

When a Swiss runs the DPRK, will China tolerate its loss of control? It would start with food and energy. If the DPRK stopped relying on China for its food and energy needs, and turned to the ROK, I would expect Kim Jong Un to have an accident. Then Kim Jong Nam will have an accident, and China’s true hidden man in the DPRK will rise to “rescue” the nation from the political chaos. The question then is, who controls the Kim Family Atomics? It’s only a few minutes’ missile flight to send a low grade nuclear device into Beijing from the DPRK. Do not doubt for a second that Beijing hasn’t already thought of this.

The best outcome, terrible to say, would be a continuation of the status quo. Those in the ROK pining for a reunification don’t think about the unintended consequences of being swallowed whole by China, Inc. If the status quo continues, and Kim Jong Un, his auntie, and her husband successfully navigate the minefield, and prove to be great vassals to China, the ROK will continue to produce girly-boy bands, dramas, cool telephones, and really nifty sedans for decades to come. And hopefully a Swiss dilettante will prove merciful to my suffering brethren in the North.

For me, I’m hoping for reunification on Korea’s terms. I’m hoping that the ROK will seize the opportunity to send a Food Bomb at the right moment across the border, and they should be stockpiling it now. Offer Kim Jong Un and his crew money and protection (a few billion at most), and you’d still save compared to a catastrophic all out war.