Among rice eating nations, there is a common dish that translates across national boundaries. Basically, you have leftovers and some rice. You chop up the leftovers and mix it up with the rice. Paella, risotto, fried rice, rice and beans with plantains and chicken, it’s peasant food that when done well is satisfying and sublime.

Bibimbap fits in this culinary niche and I remember eating whatever mom had chopped up and mixed with the rice (bokeumbap), but bibimbap is far more refined. Whenever I go back to New York, I head straight to Korea Town (the one in Queens is better but the one in Manhattan is more convenient), and over several days I fit in several of my favorite dishes. Bibimbap is right up there. Here in the Midwest, it’s hard to get to Korean food, so videoblogger Maangchi has become an irreplaceable resource for second generation folk like me who never had the time to learn the dishes that really make me who I am.

Pictured is my latest effort from Maanchi following her recipe with some personal flair. It is missing bellflower root which I’m okay with but many would consider it sacrilege not to have it. I shrug because that misses the point of bibimbap which is all about quickly throwing together little parts to make a great meal. 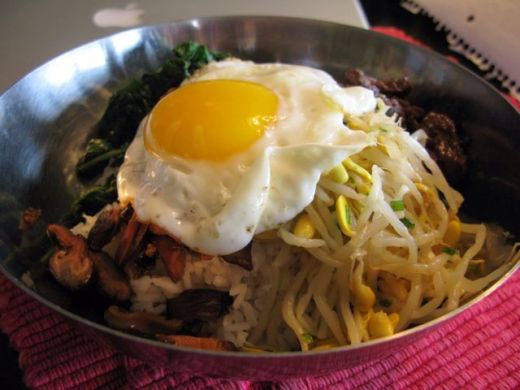 Waiting for the faster group behind to play through

I was recently invited to play at Des Moines Golf and Country Club by my neighbor down the street. It was over the July 4th holiday, and I expected a crowded course, but rain kept everyone but the most serious golfers away. I played with JD, and we invited two other friends to join us, and the round was memorable for this.

A twosome came up to us on what had been an empty course, and we let them pass with a smile and wave. They thanked us, and played on with little delay, bothering us not at all. This little interaction speaks volumes about golf etiquette and why I’m so passionate about golf. Everyone there understood the rules and the conventions of play -the faster group is allowed to play through. When playing through, you understand that it’s a gift, and you play briskly and thank the group you’re playing through.

This is all taught, and universally understood. If only the world at large played in this way. It used to be that everyone went to the same schools and had a common civic culture that emphasized the importance of public life of the citizen. Then things became atomized and it’s difficult to find the same levels of socialization. Today, the country is split along socioeconomic class lines that make collective action for the public good difficult or in some cases impossible.

Life really is no different from golf -for a society to function well, there have to be not only laws but unwritten rules.

I am finally getting the Pete Dye greens. Where old line courses like Wakonda’s will have one general slope split by a secondary slope to the terrain, Dye placed topography creating miniature maps of mesas, plateaus, lowlands, and valleys so that two changes in slope will occur not within 30 feet which is typical of most courses, but within 5 to ten feet. He also emphasized the artificial organic -think avant garde white plastic furniture from the late sixties. Wakonda is art deco like the Chrysler building, 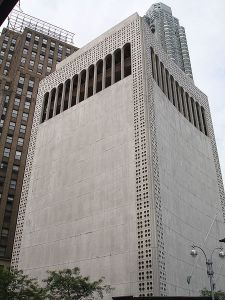 Nothing wrong with it. The important thing was, after this epiphany, my putting improved because I looked for the giant beach ball buried in the green above the buried giant banana.

Speaking of which, putting has become the center focus of my efforts this summer, and it is beginning to pay off. I started a miserable 9 holes earlier today at Wakonda, going 10 over through the first four holes, and finished the latter 5 holes at 2 over after I turned on the putting. The key today was emphasizing the putting stroke as a stroke, with putting as a process, and focusing on seeing the line.