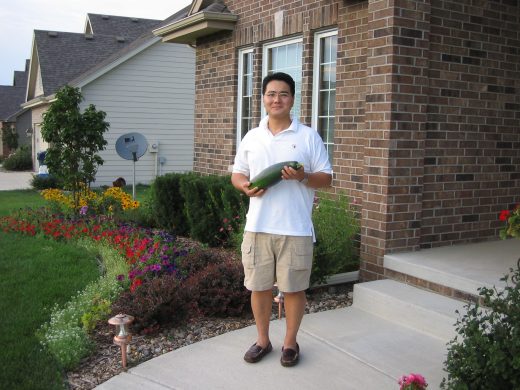 Chalk this up to the weirdest thing to ever happen to me on a golf course. I am a big fan of Bill Pennington, golf writer for the NYTIMES. He recently posted a video about hitting bunker shots (link here), which I watched with amusement. At Wakonda Club, we have sunrise golf, which for me works out well because I can slip in 9 holes at the crack of dawn and be done by office hours.

The gist of Pennington’s mad video is that once you set up your bunker shot, you really don’t need the extra visual stimulus of vision to accomplish your goal. Yesterday, on number 18, I was in the right green side bunker on the front lobe, meaning I was easily over 50 feet away. The lie was a partially plugged lie in a previous sand divot which had eroded from the constant recent rain. Typically, the wet sand gives me fits. I set up and visualized my shot, and closed my eyes and swung. I heard a nice thud of my 54 degree Cleveland wedge hitting sand, and I opened my eyes. The ball tracked over the greenside lip and I lost sight of it, but a few seconds later, there was a satisfying rattle of ball hitting the pin. It scooted off to the side about a foot!

I figured it was a fluke, but again this morning, I found myself in the left bunker on 18, this time on wet sand that had been raked but close to a collection of water that would have allowed me relief. I decided, hell with it. I was this time about 30 feet away, and I used my 58 degree wedge. I set up, closed my eyes, and again, the thud of the wedge traveling through wet sand. I opened my eyes and panicked when I saw the ball rise very high, much higher than I had wanted -I thought, but the ball landed with sore feet about three feet from the pin, bounced and stopped on the spot.

Two times in bad bunker conditions is amazing. You have to try this, and thank you Mr. Pennington. I’d hand you a zucchini out of my garden if I could.