The iPad had the Netflix app first, and it was amazing, but expected on the iPad with its large gorgeous screen. The appearance of the Netlix app (and Hulu+ app) on my two year old iPhone 3G is worthy of comment. First, aside from iPhone, no other piece of portable technology has weathered aging as well. It is currently updated to iOS 4.0 which makes it slow, but the incredible thing about it now is I have access to thousands of movies and TV shows. It works best with a good Wifi connection, and makes cable or satellite TV irrelevant. The only time I watch broadcast TV is to watch live sports -and this usually on network TV over rabbit ears. I tried to cancel DirectTV a while back and they halved my bill after begging me to stay. Despite this, the writing is on the wall. TV is over. It’s dead. So are movies in theaters. 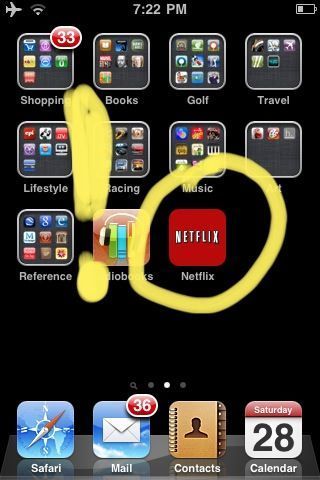