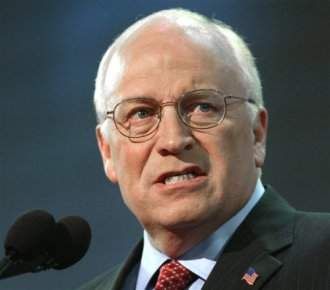 This was my comment on William K. Wolfrum’s excellent political and occasionally golf oriented blog (link).

I think this is a campaign to shape public opinion, concentrate and shore up the base, to preempt some series of possible revelations coming down the pike. This is probably because they have nothing on Pres. Obama or his administration except for randoms bits. The revelation will do nothing less than result in the further marginalization of the GOP with a breakoff group of holdover moderates creating the seeds of viable opposition which we need in a democracy.

I used to track chatter on a great 9/11 conspiracy, and a good friend even divested in western civilization by selling out 401k’s, IRA’s, properties in San Francisco in 2002-2003 and put all of his money in oil and gold -now has built a beautiful house off the grid on a lake filled with trout in the pacific northwest -all based on the belief that there was a conspiracy.

I see now with Cheney’s ranting and the GOP’s loss that rather than conspiracy, it was opportunism and cronyism a la Teapot Dome. I used to vote GOP, was a big fan of Bush, Sr, but dropped out and voted for Gore in 2000 based on the treatment of McCain by GWB’s team and their appeal to the darker side of our natures. It’s the flight of moderates like me that have left the GOP in its current state.

We can’t print money fast enough to pay for this mess. It will be the duty of every citizen to hold, even cling, to the principles that created this country because we’re in for a long haul. Our minds aren’t geared to a ten year timeline but to the moods of our gut -and if we’re sated and typing away at the keyboard, it can’t be that bad, could it? Could it? &”(/.) -Mike Park

We’re in for interesting times.